The Chechen Republic was founded in 1922. It has area of 17,500 square kilometers. It borders on Ingushetia, North Ossetia, Stavropol Territory, Dagestan and Georgia. Its capital is the city of Grozny located in 1499 km from Moscow, in the same time zone.

Tours to The Chechen Republic 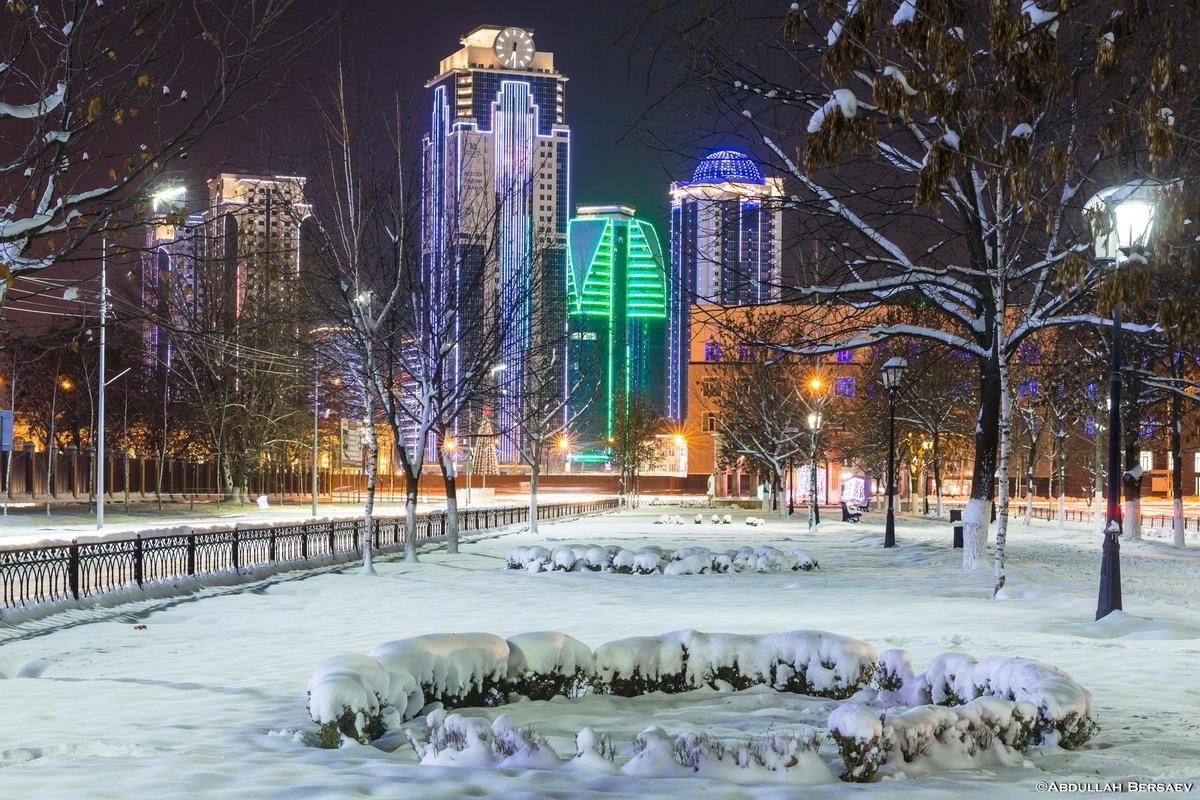 Acquaintance with the Chechen Republic 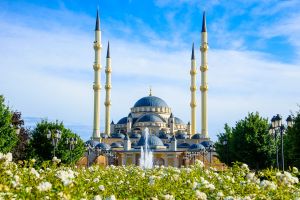 Grozny is a city-phoenix, revived from ashes after so long-run war. Today Grozny is a symbol of peace and the brotherhood of nations. Its residents are stout-hearted and very hospitable. It’s very beautiful, spacious, and at the same time homely and peaceful here.  The biggest gem here is the Mosque “Heart of Chechnya”.  It’s gorgeous; from a distance it resembles a fragile flower and bewilders by its architecture grandeur in close-up. The four minarets are 63-meters high; the outer and inner walls are decorated with marble. A remarkable detail of the interior is 36 chandeliers that symbolize the three main shrines of Islam with their shapes: 27 chandeliers imitate the Kubbat-as Sahra mosque in Jerusalem, 8 are modeled after the mosque of Rovzat-Nebevi in ​​Medina and the largest, eight-meter chandelier, repeats the forms of Kaaba in Mecca.

In order to cast and decorate chandeliers, it took several tons of bronze, about three kilograms of gold, and more than one million items and Swarovski crystals. The mosque admits more than 10 thousand people at a time. 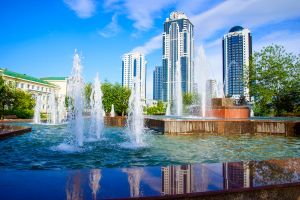 «Grozny-City» – is a complex of seven high-rise buildings with a total area of ​​4.5 hectares in the heart of Grozny. It was built on the personal order of Ramzan Kadyrov

There is an observation deck at the top of one of the buildings, which offers a view of the whole city and mountains in the distance.

By the way, you can have well-brewed coffee on the ground floor of the building, near the elevator. The complex of buildings itself produces a harmonious impression, in no way violating the city ensemble. 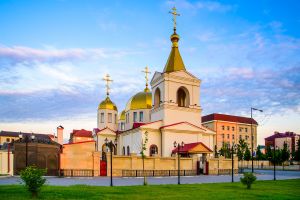 Within easy distance to "Grozny-City" you will find the only Orthodox church in the city - the church of Michael the Archangel in Grozny. The temple was laid in 1868; according to the available diocesan records it was built in 1890 and consecrated in 1892. It was built from natural stone for public donations.After construction it has been providing regular services.

Like in all cities of Russia, there is an eternal light burning here in memory of the fallen warriors of the Second World War. Bronze bas-reliefs along the perimeter of the museum memorial complex reflect the largest battles of the Great Patriotic War, such as the Brest Fortress, the Battle of Stalingrad, etc. Immediately one can see portraits of heroes of the Soviet Union, natives of Checheno-Ingushetia. All of them were of different nationalities, but had one homeland.

It is located in an incredibly beautiful place, in the heart of the mountain Itum-Kalinsky district of Chechnya, on the territory of the medieval castle complex Pakoch. The complex is recreated on the basis of the medieval historical and architectural complex of the 11th-15th centuries. Pakoch (settlement of the upper edge). The Pakoch castle complex is located at the entrance to the Tazbichi gorge, on the west side it faces the stony foot of Dore-ahk mountain, and on the east abuts against the mountains of Tsunika. Inside the fortress, fenced in a stone wall, there are several residential as well as one battle towers, a water mill, and stone buildings. The Museum of Local Lore is located on the ground floor of one of the residential towers of the complex. Over 100-years old ancient weapons, utensils, household items, and tools are exhibited here. The memorial museum of Hussein Isayev is located on the second floor. The museum was opened in September 2011.

The resort is one of the oldest health resorts of federal significance in our country. It was listed in the catalog of the top health resorts in the country. For more than a century and a half, tens of thousands of people have recovered their health here.

Healing springs of the resort, like itself, make for the real pride of the republic. After the well-known tragic events, almost all the buildings were destroyed. The resort ceased to exist. The revival of the Republic was followed by the revival of the resort. In 2009, a new resort and sanatorium building was built. Now the resort already hosts thousands of vacationers.