The Republic of Dagestan

The Republic of Dagestan was formed on January 20, 1921. As a subject of the Russian Federation, it constitutes a part of the Southern Federal District. It has the area of 50,300 square kilometers, and the population of 2, 946 thousand people (2013). The territory of the republic borders on Stavropol Territory in the north-west, with Kalmykia in the north, with the Chechen Republic in the west, with Georgia in the south-west and with Azerbaijan in south. The main religion of Dagestan is Islam. The capital is the city of Makhachkala with the population of 465,900 people. The distance between Makhachkala and Moscow is 1,594 km. It shares the same time zone with Moscow.

Tours to The Republic of Dagestan 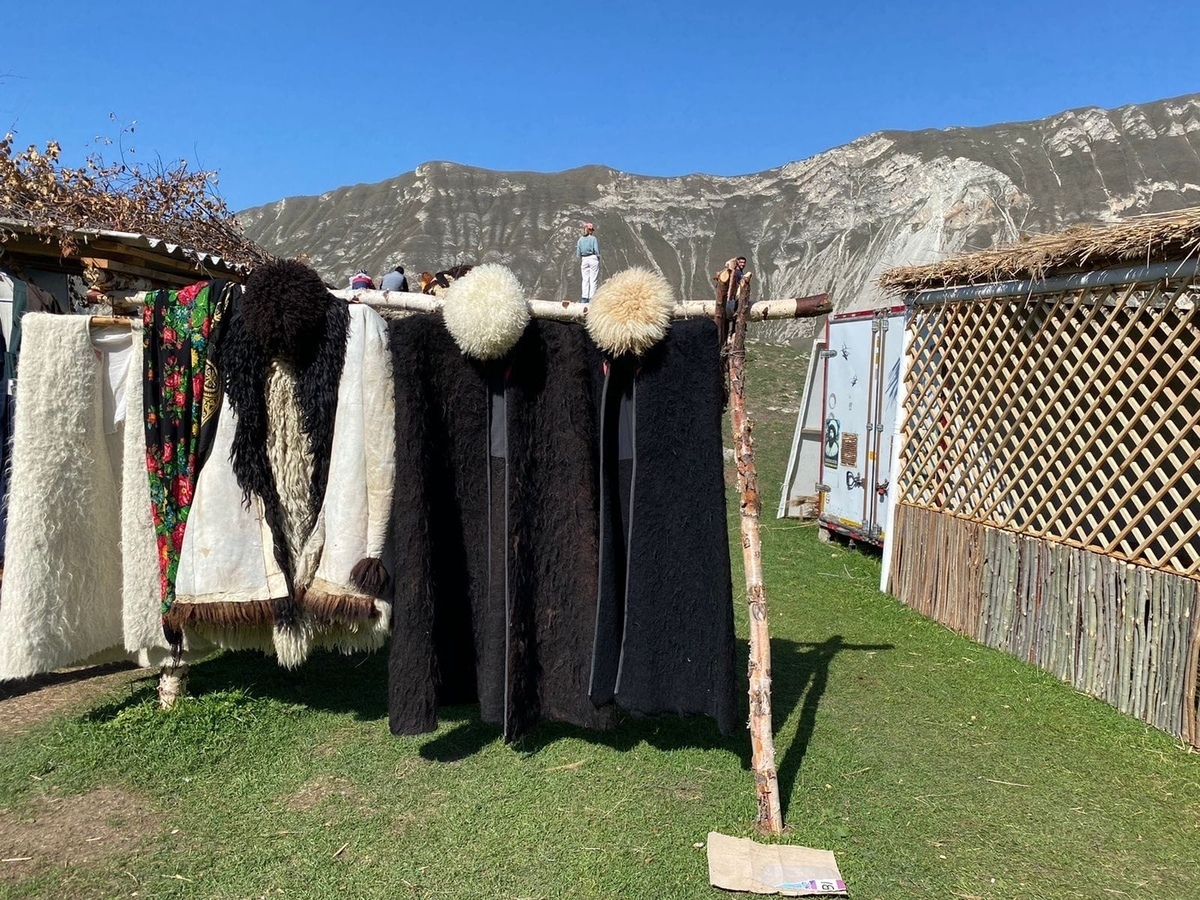 #North Caucasus #The Republic of Dagestan
We destroy all stereotypes and make you fall in love with Dagestan. This authorial programme includes the most exciting landmarks of the...
Destinations: Russia, Republic of Dagestan, Дербент, more 7 Кубачи, Kala-Koreish, Гуниб, Karadakh, Чох, Dagestan
Age limits: 8+
Upcoming date: In any day
Upcoming date
In any day
Tour duration
7 days
Price from
By request
Booking
Tour details 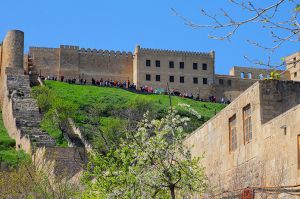 Derbent is the oldest city in Russia, but Naryn-Kala fortress is even older, as it served as a starting point for the city construction. The fortress is several thousand years old, yet well extant. Here you can literally touch the antiquity, remember Derbent residents who met the periods of its heyday, as well as the decline of its past glory. The Scythians, Khazars, Mongols, Armenians, Arabs and others blazed a trail in this city. Being part of the Great Silk Road, it served as crossroads for four corners of the earth. Therefore, it is worth to visit this center of ancient world events.

Kala-Koreish Fortress is made of stone at the top of a hard-to-reach mountain standing at the confluence of five rivers. You can get there only by a narrow mountain path. In the Middle Ages, Cala-Koreish was the capital of a large feudal domain of Kaitag Utsmiystvo, the political, ideological and cultural center of the region. But over time, when the lowlands of Dagestan became more actively populated, the influence of the highland settlement decreased, and by the middle of the 20th century there was no one left there. They say that in the 70s, there were two women and a man still living in Kala-Koreish.

Juma Mosque in Makhachkala was built due sponsorship of eminent family from Turkey. The architecture of the mosque echoes the architecture of one of the largest mosques in Istanbul. It is interesting that a telethon took place in July 2007 in Makhachkala, collecting over 25 million rubles, which were used to expand the mosque. Now it can accommodate more than 15,000 people.

Not far from the fortress there is a 30-meters high waterfall called Khuchninski, or Haganski, which falls into a beautiful lake, filling it with pure water. 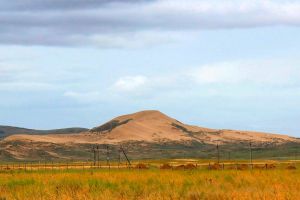 Sary-Kum Barchan is really a unique phenomenon of nature. Like the zone of the Strugatsky brothers, it seems to be an absolutely alien object among surrounding nature, as if manmade. This is the biggest barchan on the continent of Eurasia. It is 262 meters high, and has the area of 600 hectares. The huge masses of sand composing Sary-Kum, are products of weathered sandstones of the surrounding mountains and deposits of ancient Caspian terraces. Four peaks change their shape under the influence of the wind. In summer, the temperature on the surface of Sary-Kum reaches 60 degrees. The flora and fauna of the barchan are desolate and do not intersect with the flora and fauna of the surrounding mountains and plain. It was here that many episodes of the film "The White Sun of the Desert" were shot.

Samurski forest is an array of relict lianas forests. It’s needless to say that this subtropical forest is unique. Hundreds of species of Red Book birds, animals, insects and even fish and plants can be found in this forest. When you see giant trees and two dozen lianas, peculiar to the flora of the Mediterranean basin, you feel like you get a chance to reflect on the past millions of years ago. The mouth of the Samur River is a key ornithological zone of international concern, because millions of migrating birds rest here, as well as swans, ducks, coots and other species of birds pass the winter. However, the Samur is a paradise not only for animals, but also for people - hundreds of thousands of tourists come on holiday to the riverside every year.