For 5000 years the fortress of Naryn-kala has embraced the city of Derbent with its own walls like hands of a mother protecting her child. Despite the excavation findings, not all scientists recognize the fortress’s age that boggles anyone’s imagination. In those ancient times, when the city was born, there were many things still to happen, like: building the Great Wall of China, Christ’s mission, and founding the eternal city of Rome. Derbent was already standing on the Great Silk Road though.

The fortress of Naryn-kala and many houses in the city are built of local coquina - a solid and weatherproof natural material that retains its color and does not moulder away for thousands of years. It is still a popular building and facing material nowadays. Rakushechnik is the layering of countless tiny skeletons and shells of sea animals having been pressed into limestone for millions of years.

The Citadel was repeatedly rebuilt and restored, following numerous attempts to conquer it. Over the years, builders have changed the methods of bricklaying and the composition of the mortar bonding the blocks. Archaeologists and restorers have calculated ten different ways of bricklaying in the walls of the fortress. But the size of the blocks themselves have remained unchanged: 1 m in length, 70-80 cm in width and 25-30 cm in thickness. Truly speaking, the blocks of the oldest part of the wall were of arbitrary size; they were cut and adjusted to each other right on the construction site. Later, they began to add decorations - carved details. 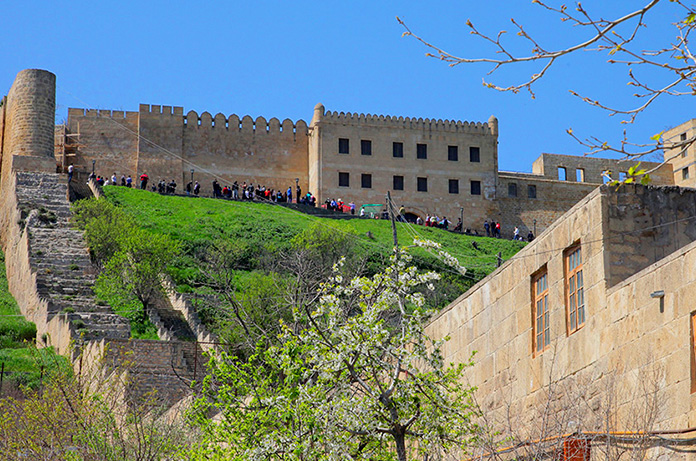 Naryn-kala is built on a high hill. Two parallel walls are stretching from the fortress wall down to the sea, encircling the residential part of the city. They are clearly visible from the beach, as well as from the mountains. Remains of the ancient walls stretching up to the mountains are also extant.

It is noteworthy that the remnants of a water pipe that supplied water from mountain springs and worked on the principle of communicating vessels has remained in the fortress territory. Water would come to the designated storage, and in case of a siege it would suffice the entire city for several months. The lore of the 7th century has it that an army of Arabs came to Derbent and assaulted the fortress. After failure, the cunning military commanders captured a local resident and tortured him until the latter disclosed the location of the water pipe in the mountains. The commanders ordered to slaughter more than a hundred sheep letting their blood into the trunks. The water got addled, and in three days the fortress inhabitants themselves opened the gates to the enemy.

Another miracle of the citadel is the Christian temple of the epoch of the Caucasian Albanian state, built in a cross-domed style and dating back to the 4th-5th centuries AD. Due to non-standard thinking, in 1971 a young archaeologist Alexander Kudryavtsev made this discovery, comparable for world culture with the discovery of Troy by Henry Schliemann. In fact, Kudryavtsev discovered the earliest Christian church ever founded on the territory of modern Russia. Prior to this discovery, the most ancient believed Christian temple was Thaba-Erdy, built in 8th -9th centuries in Ingushetia. 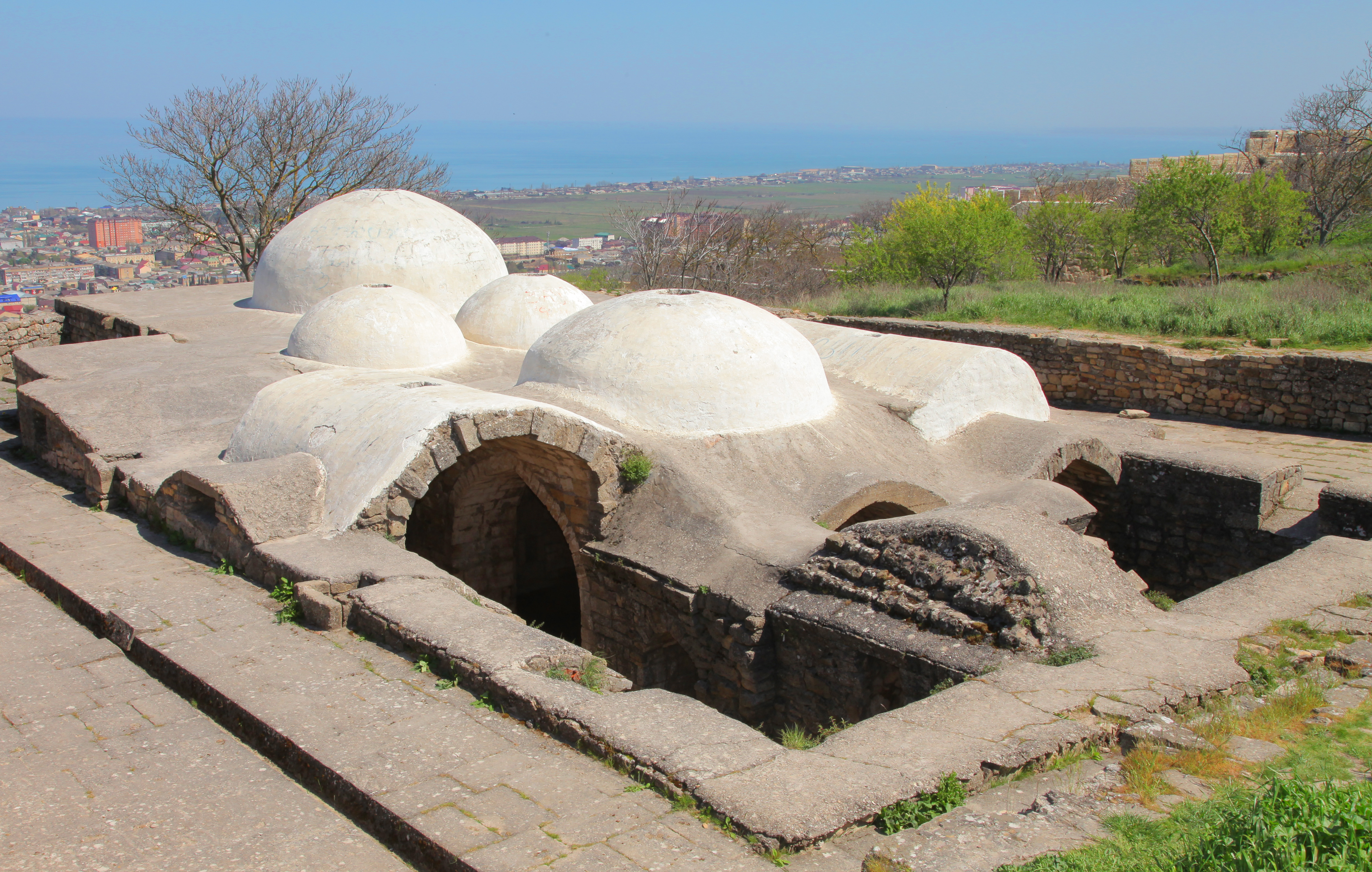 The level of cultural layers around the temple in Naryn-Kala reached almost 90 meters at the time of its discovery. No wonder that earlier the structure was considered a well due to this fact. It is easily believed while standing on the wall of the temple and looking down into the building (you can experience that during the tour). In fact, the building, certainly erected on the surface, gradually went underground over the years. The discovery of Kudryavtsev impressed the whole intellectual world, and the Naryn-kala fortress was included in the UNESCO World Heritage List.

Apart from this Christian church, there are also a mosque and a synagogue in Derbent, which are oldest in Russia. Today it is a city hosting three religions with followers respecting each other's faith, living peacefully and treating their fellowmen with benevolence.

Kaleidoscope of the city names:

Who were the ancient masters of the fortress?

Just stating that Derbent has a successful geographical position would be a very modest description. This coastal town protected by mountains and fortress walls was of strategic importance in the ancient world. It was a constant target for conquerors seeking to occupy a dominant position. The city was destroyed many times, including all of its population. Nevertheless, Derbent would resurrect every time, and people would populate it again and again. 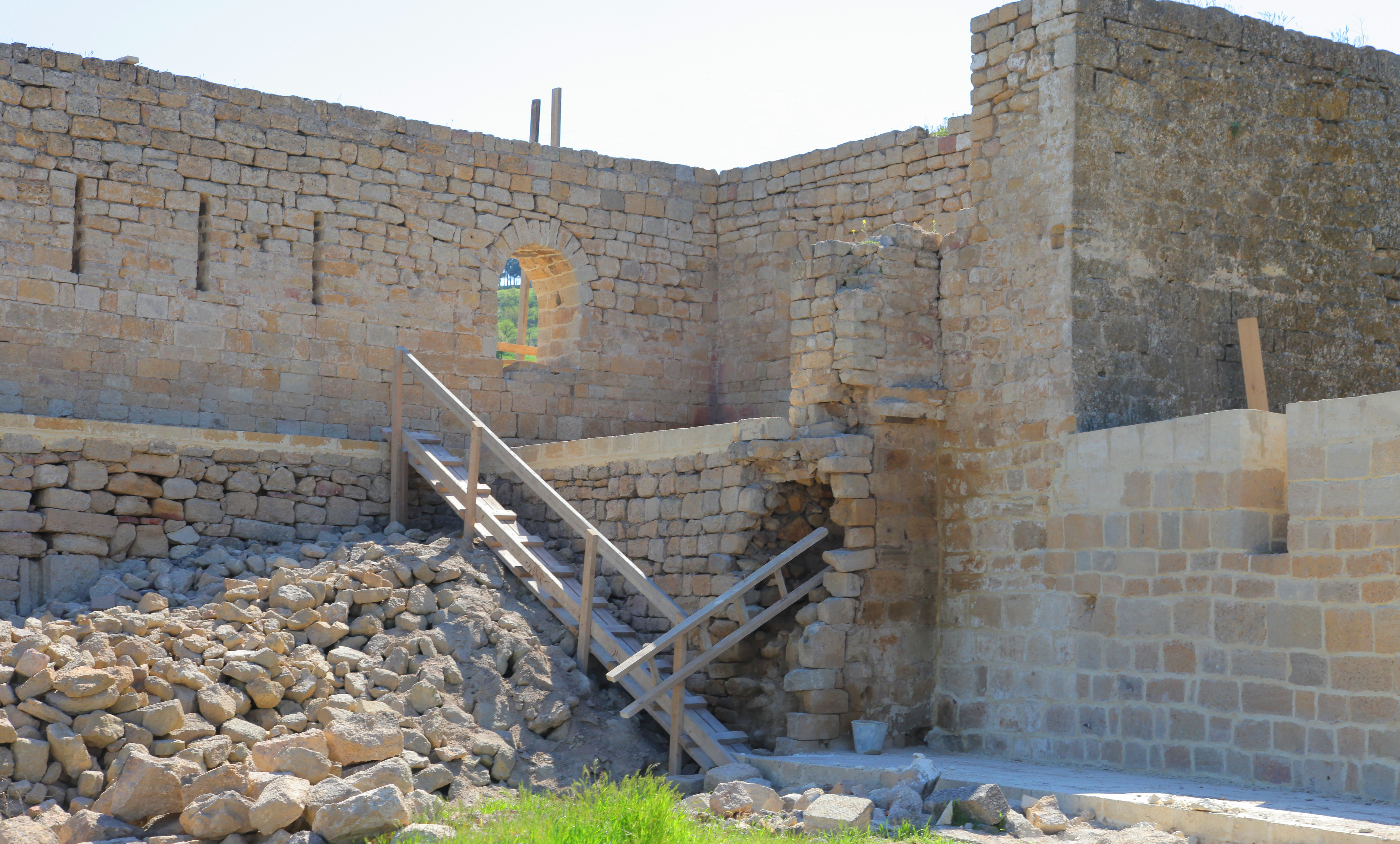 Most of the fate of the city became known through the discoveries by archaeologists who found traces of a settlement dating back to the 4th-3rd millennium BC! On the territory of Naryn-kala, there were inscriptions found in Pahlavi and Albanian languages, as well as ceramics, items out of bone, stone and metal, ornaments and ancient arms.

For comparison, let us refer to the event that took place almost the same time, about five thousand years ago: the Egyptian king Menes united about twenty city-states, as a result of which Egypt gained its statehood. Later, the citadel was destroyed and rebuilt in the same place 15 centuries ago. Today we see the same Naryn-kala that witnessed the heyday of the Persian kingdom.

Derbent is a real treasure of our country - a city where history rests. It is the city where one gets inspired to think about the eternal. 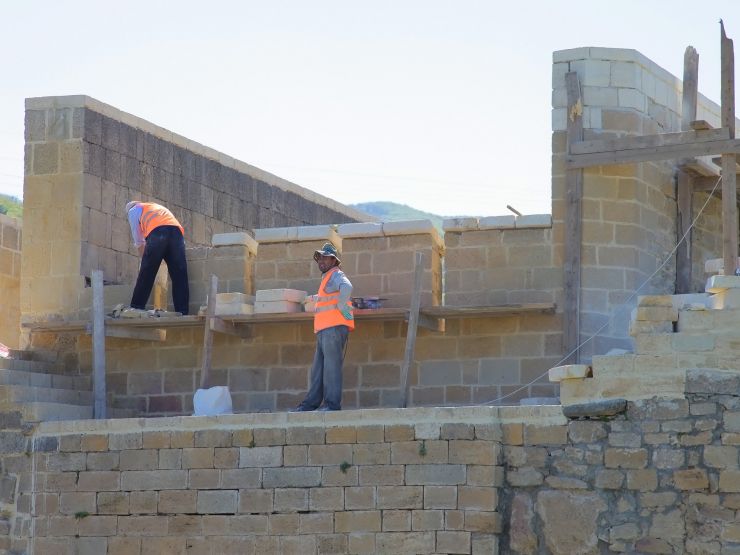 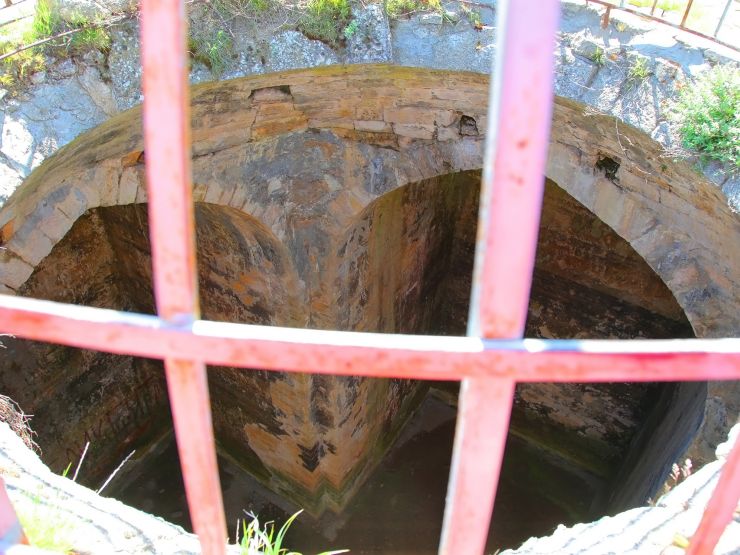 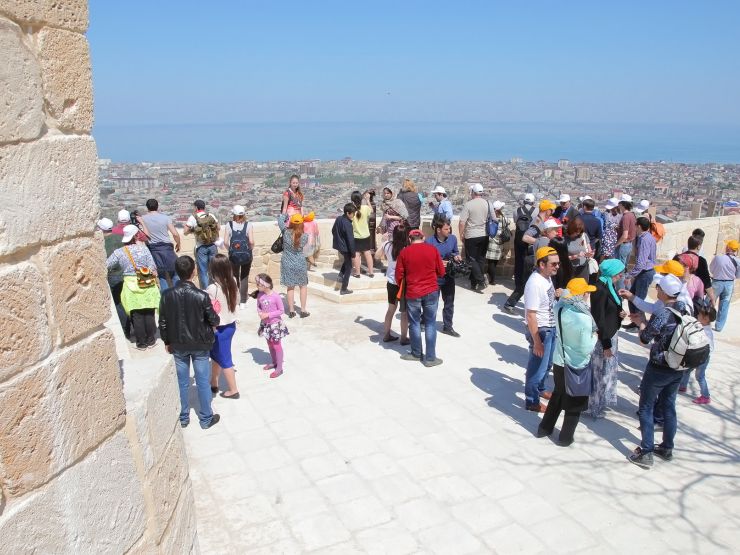 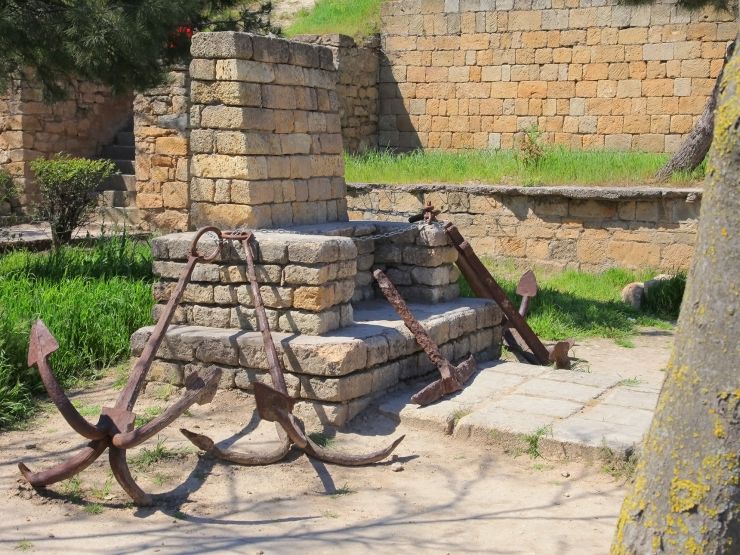 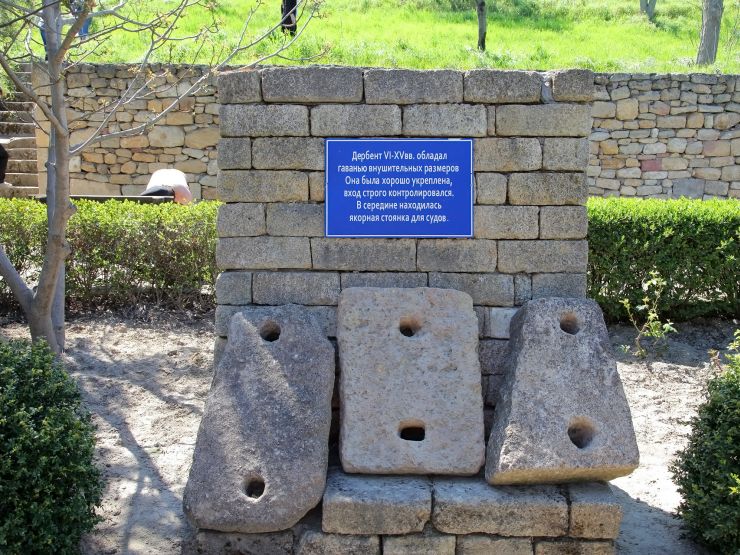 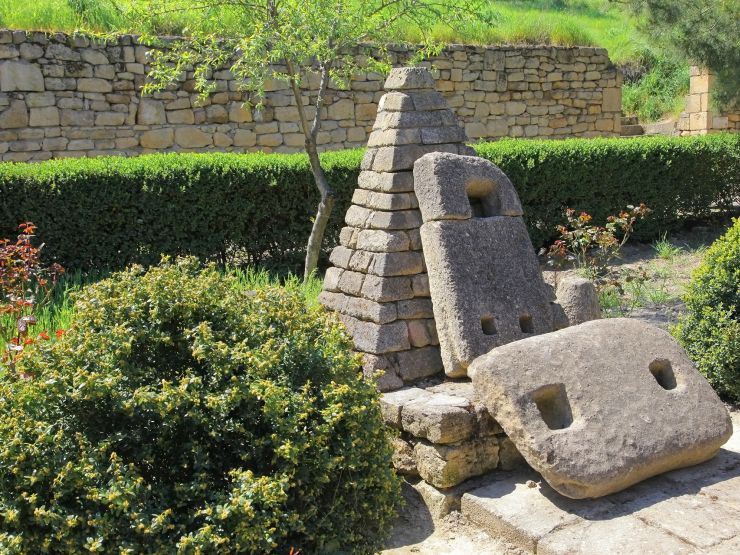